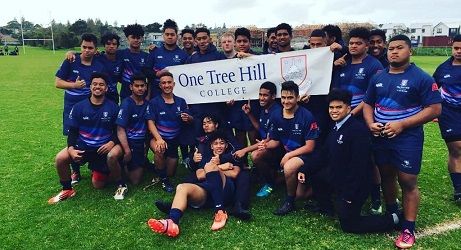 Competing in the 1a division was unheard of in OTHC's rugby history since 1973 so competing in the 1a is an amazing ac complishment. The 1a division consists of only the best secondary school rugby teams who go head to head against each other to become the ultimate champion. For the First XV Rugby Boys to compete and match the level of other secondary school rugby teams, this requires many hours of training and hard work which we commend greatly as their efforts have paid off in their successful matches. Proof of their success is the First XV's recent playoff match against Tamaki College where they beat them 33 - 10, a great start for the rugby team forecasting many more successes. For Sake Tafea, captain of the First XV Rugby team he said “I am proud to be a part of the team that made it into the 1A division” and it is only rightfully so as Sake added that “They had trained hard leading up to the game and being captain I could tell they were pushing themselves to be the best they could be in the field.” Congratulations to a great start to the rugby season, we look forward to supporting them in their future matches!