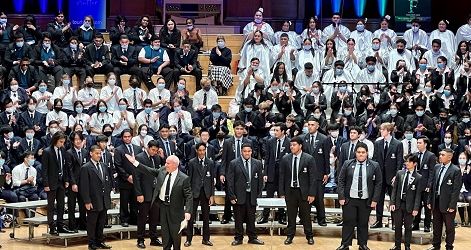 One Tree Hill College’s School choirs, Esquire (Boys) and Peka Totara (Girls) performed during this year’s The Big Sing, held in the Auckland Town Hall. It was an intense experience for these choirs as they competed against other school choirs throughout the day. All agreed that with the limited time that both Esquire and Peka Totara had to rehearse before the event, they did a great job performing in front of a packed town hall. Faculty Leader of Music, Mr. Gray said of the choirs’ efforts. “I was immensely proud of how they performed. The Covid levels and traffic light systems effectively meant that singers couldn’t rehearse for months on end. Given the disadvantage that was imposed upon us all, for Esquire to not only obtain a Highly Commended grade, but to also be listed as a reserve choir for the Cadenza Festival was no mean feat. I was also very proud of how both our choirs represented themselves and the school throughout the day. It’s such a long and exhausting day and evening for all involved, and it is always telling which choirs take their conduct off the stage seriously.

All the OTHC students should be proud of how they conducted themselves.” Peka Totara’s choir director Mrs. Diane Rhodes’ added. “I enjoyed seeing both of our choirs on the stage under such difficult circumstances as we had experienced leading up to The Big Sing. Being at the competition alone was an achievement, as many choirs had pulled out because of the difficulties.“ Head chorister for Esquire, said that he was extremely proud of what both choirs had accomplished under the pressure of Covid restrictions managing to do so well on the day. The school hopes that Esquire and Peka Totara can continue to make sure that OTHC remains in the forefront of the music community for many years to come. 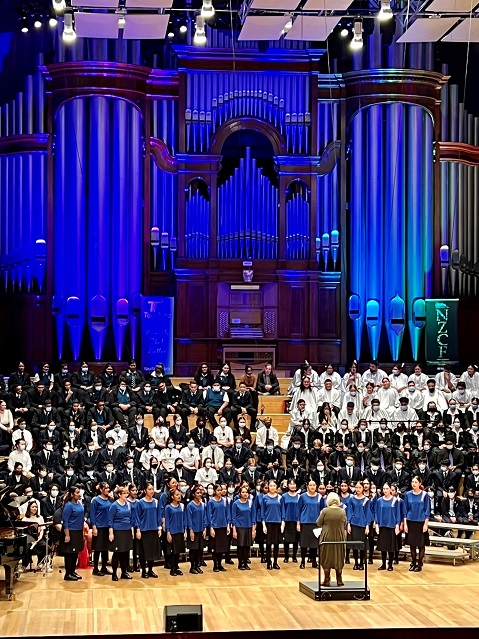