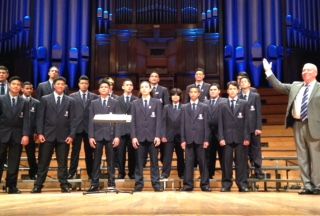 The award winning One Tree Hill College Men's Chorale continued their national success by receiving a 'commended' award the National Big Sing Competition held in Auckland on June 10.  The group led by Choir Director Terence Maskell entertained the packed audience at the Auckland Town Hall with three stunning songs.  In addition to their national success, the Men's Chorale have added to their impressive list of achievements by being selected to perform for TVNZ's Praise Be programme on Thursday June 18.

The Girl's Choir directed by Dianna Rhodes also performed at The Big Sing for the first time and were hugely impressive in their first major competition. 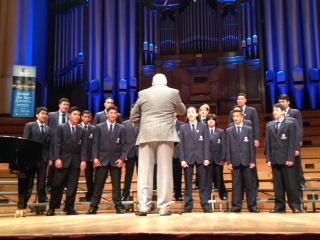