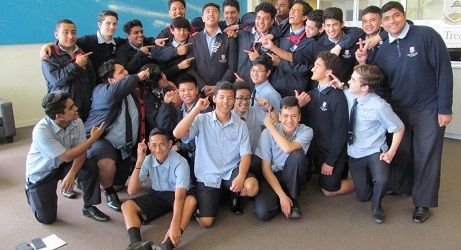 On the 28th September, year 13 student Inoke Fono had presented his final level 3 solo performance at lunchtime where he had graciously sung two German songs by Schumann, accompanied by Mr. Maskell who played the instrumentals. He is widely known throughout the school to be an excellent singer and someone who works incredibly hard to progress himself daily. “ I wasn’t nervous during or after the performance as I could see the reactions of the crowd which gave me more courage and confidence”. A background scope of his many early on childhood encounters with music came from church and him listening to some of his favorite artists such as Sole Mio who influenced and inspired him to sing in the first place. He took those experiences and started training professionally with Mr. Mascall from the start of his OTHC journey. Its safe to say that we may be seeing more of Inoke in the future as he would like to have a musical career after OTHC, sticking to his roots but is still uncertain and thinking of what is to come.