On the 15th and 16th of August, the OTHC Chamber Orchestra and Jazz Band participated in the KBB Music Festival in Parnell Cathedral and St. Mary’s Church. The music festival began in 1983, and it showcases all entries from many secondary school chamber groups, symphony orchestras, big bands and stage bands from the Auckland region. On Tuesday, the Chamber Orchestra performed three pieces, conducted by Anita MacDonald, and on Wednesday, the jazz group performed four songs, led by David Hodkinson. It was a great experience for the students as it was the first time for most to perform to a different audience. It was also a thrill to hear music groups from other schools, and it became the students' goal, that every year they would be better performers. By the end of the event OTHC were awarded the KBB Joyce Fisher Mentoring Award, and were chosen to receive mentoring in developing a Junior Concert Band among Year 9 and 10 Option Music classes. Thanks to HOD Mr. Scott who entered the two groups into the competition and supported each rehearsal from the beginnings of learning the piece to the end of the performances.

Roll on 2018 and the next August KBB Music Festival for both our Jazz Band and Orchestra. 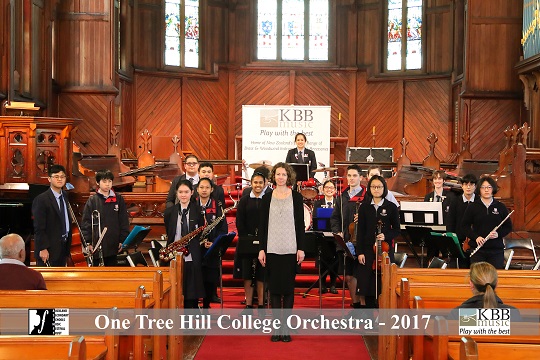 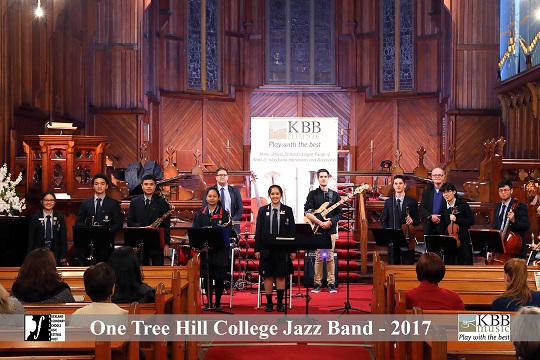