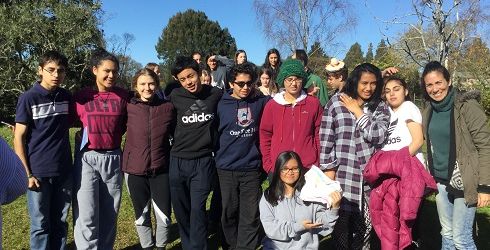 On Friday the 19th of May 2017, the years 11 & 12 Spanish class went on a 2-day long trip to Ngaruawahia, Waikato accompanied by their teacher Ms. Godoy, organized by Hill Crest College & Hamilton Girls. This trip’s main intention was to allow students taking the subject to get immersed in the culture and language in a variety of ways. It included tasting some very popular Spanish delicacies, games involving grammar, learning cultural history, dancing and also experiencing a Spanish themed party to end off the trip alongside 8 other New Zealand schools. Initially, this has been the second year regarding the trip being undergone, the first year being held in Napier. Overall, the students really enjoyed it, commenting that they loved the entire experience as it allowed them to gain confidence in all areas such as speaking Spanish and giving them the opportunity to make new friends with people in their class and out. The students and Ms. Godoy herself are looking forward to the years to come.